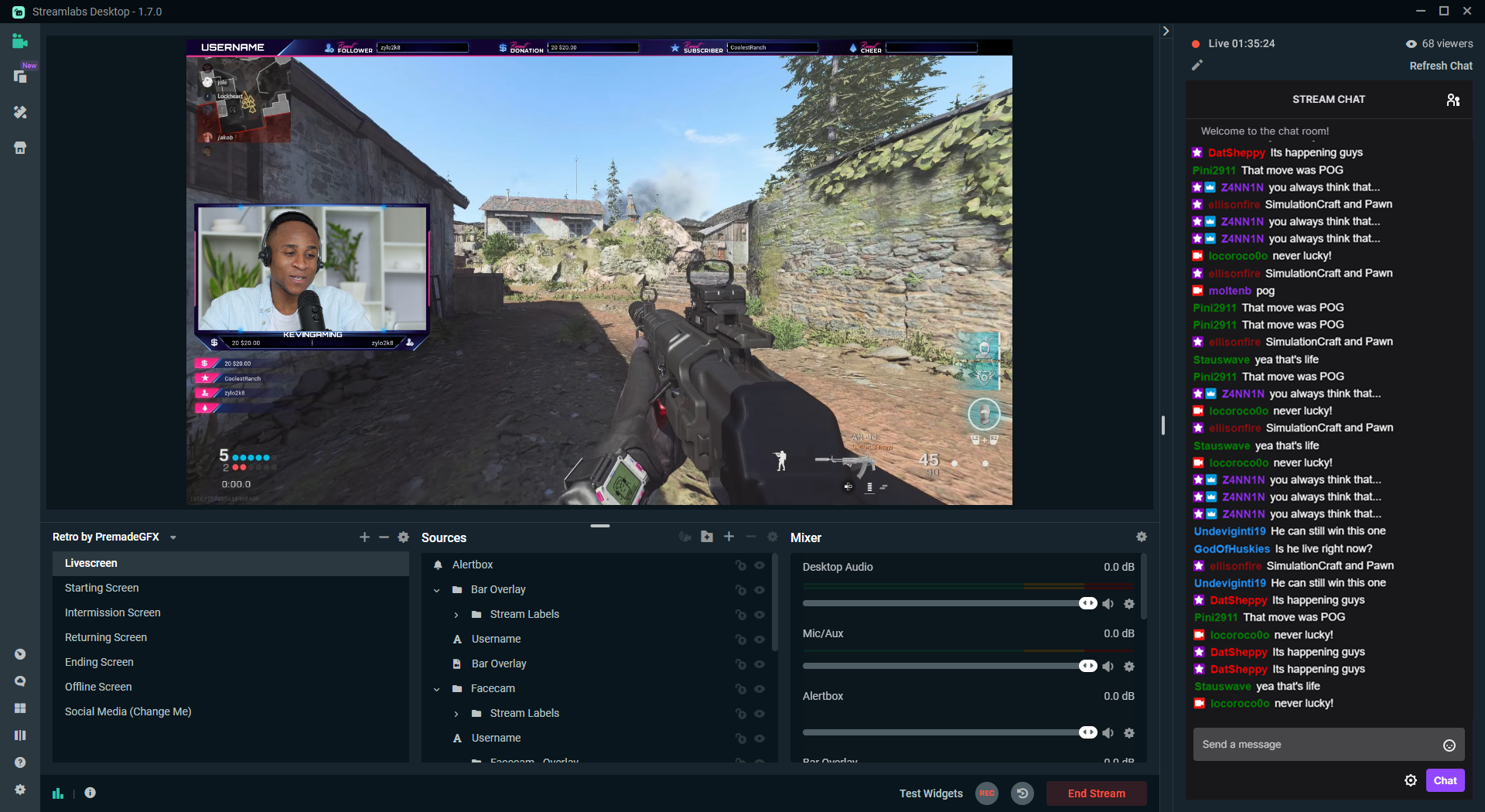 This application currently only supports OSX 10.14+ and 64-bit Windows.

Node is required for installing npm packages and for running various scripts. We recommend the latest LTS release.

We use Yarn as our package manager. We use yarn modern (berry) with the yarn version checked in to version control. To get the yarn CLI, we currently recommend installing it with npm:

Some of our scripts assume a bash-like environment. On Windows, we recommend using Git Bash, which is included with Git for Windows. On macOS, the default shell should work fine.

Streamlabs Desktop uses several native C++ modules. These are NPM modules that live in separate repositories, and are automatically installed as prebuilt binaries by Yarn. If you are not doing any development on these native modules, no additional action is required to install native modules.

Install all node modules via yarn:

Then, compile assets with webpack:

Alternatively, you can watch for changes to app files:

You can start the app by running:

These variables can be used in development to force certain behavior.

SLOBS_FORCE_AUTO_UPDATE: Force the auto-updater to run in development. Normally this would only run in production.

SLOBS_REPORT_TO_SENTRY: Report errors to sentry in the dev environment

SLOBS_PRODUCTION_DEBUG: Forces dev tools to open when the app starts

You can open dev tools by clicking the </> button on the sidebar. In the development environment, the titlebar of the main window will light up red when an exception occurs in any window.

Our app is comprised of several windows, which are essential separate copies of the same Javascript app, which are running different pieces of the code and communicating via Electron IPC.

worker - This is a persistent invisible window that runs our entire services layer.

main - This is the main window of the application. It communicates with the worker window to perform actions.

There are potentially many other JS runtime processes that can be running depending on use, for features like Apps, embedded webviews, one-off windows like projectors, pop-outs etc.

Given the heavy reliance on interprocess communication in our application, we strongly recommend using asynchronous IPC whenever possible. When accessing a service, calling it as an action will call it asynchronously.

For example the following (synchronous):

Can be rewritten as (asynchronous):

The return type of the latter will automatically be void as actions are unable to return values. In general, receiving information from services is best done via views. views are executed in-window, and backed by our vuex data store, which is replicated across windows.

We exclusively use functional components in React, relying on the hooks API for things like component state and lifecycle.

We accept outside contributions, and do our best to respond to Pull Requests. We ask that all contributors sign a Contributor License Agreement before merging code. We do not guarantee that all external Pull Requests will be merged, but we deeply appreciate any and all changes submitted. Thank you for your interest and contribution.

At this time, we are not able to accept translations submitted to GitHub, as we use a professional translation team that manages translations elsewhere.

Note that both of these commands require code signing certificates to be present in the environment, and in the case of macOS, a valid Apple developer account for notarization of the app package.

There are some environment variables that can be passed to skip these steps:

SLOBS_NO_SIGN Do not attempt to codesign the app package

SLOBS_NO_NOTARIZE Do not attempt to notarize the macOS package 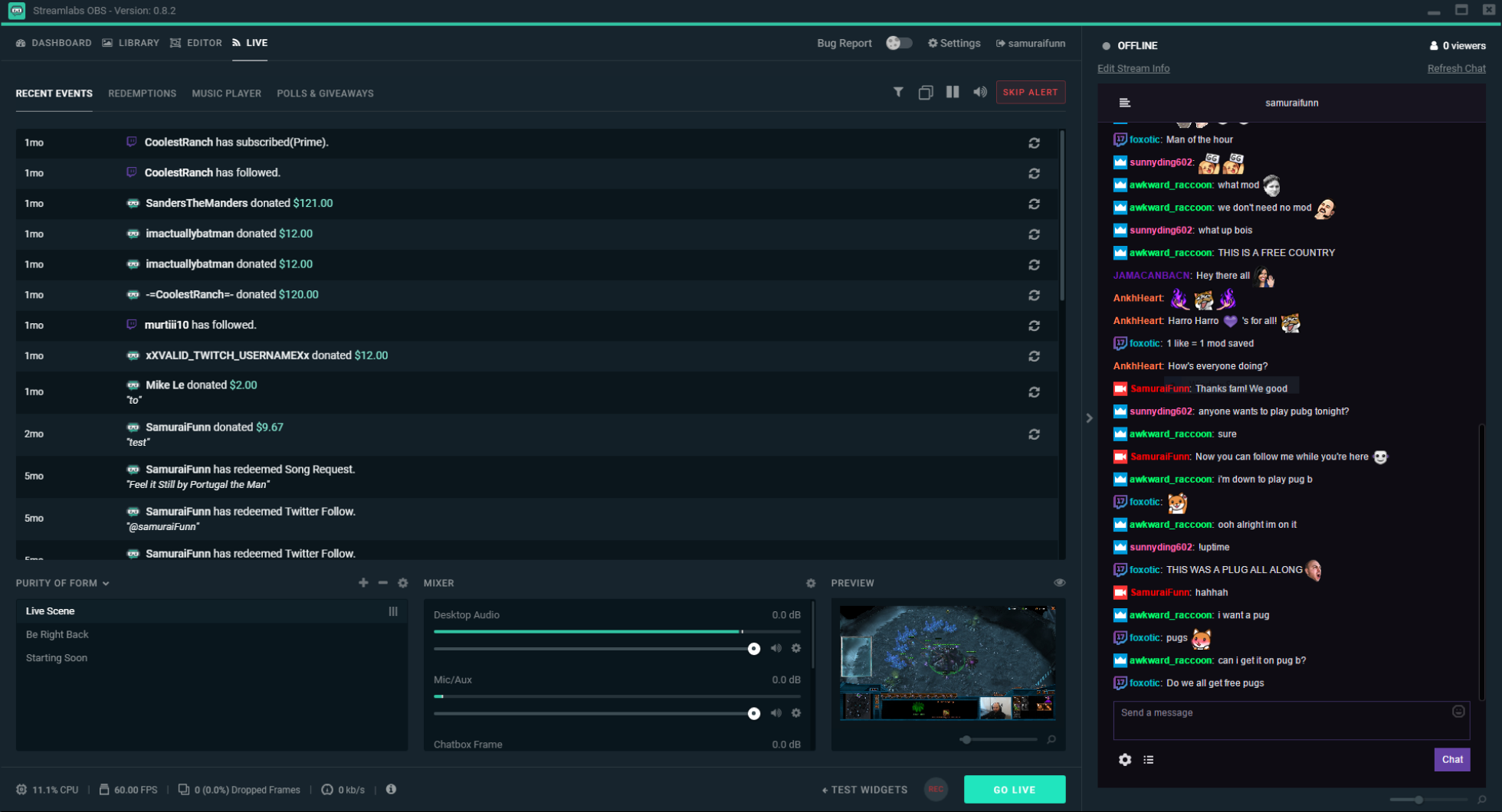 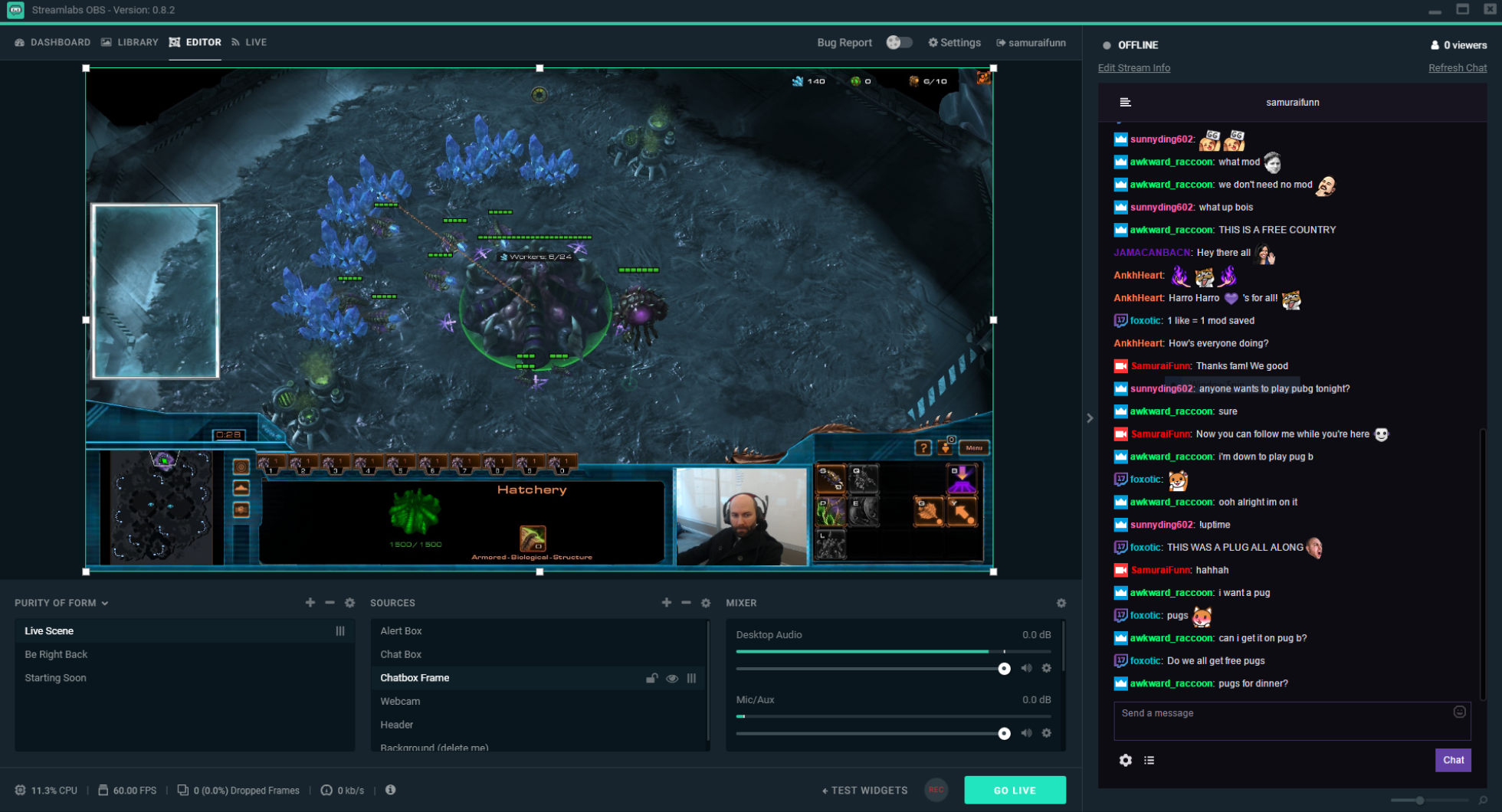 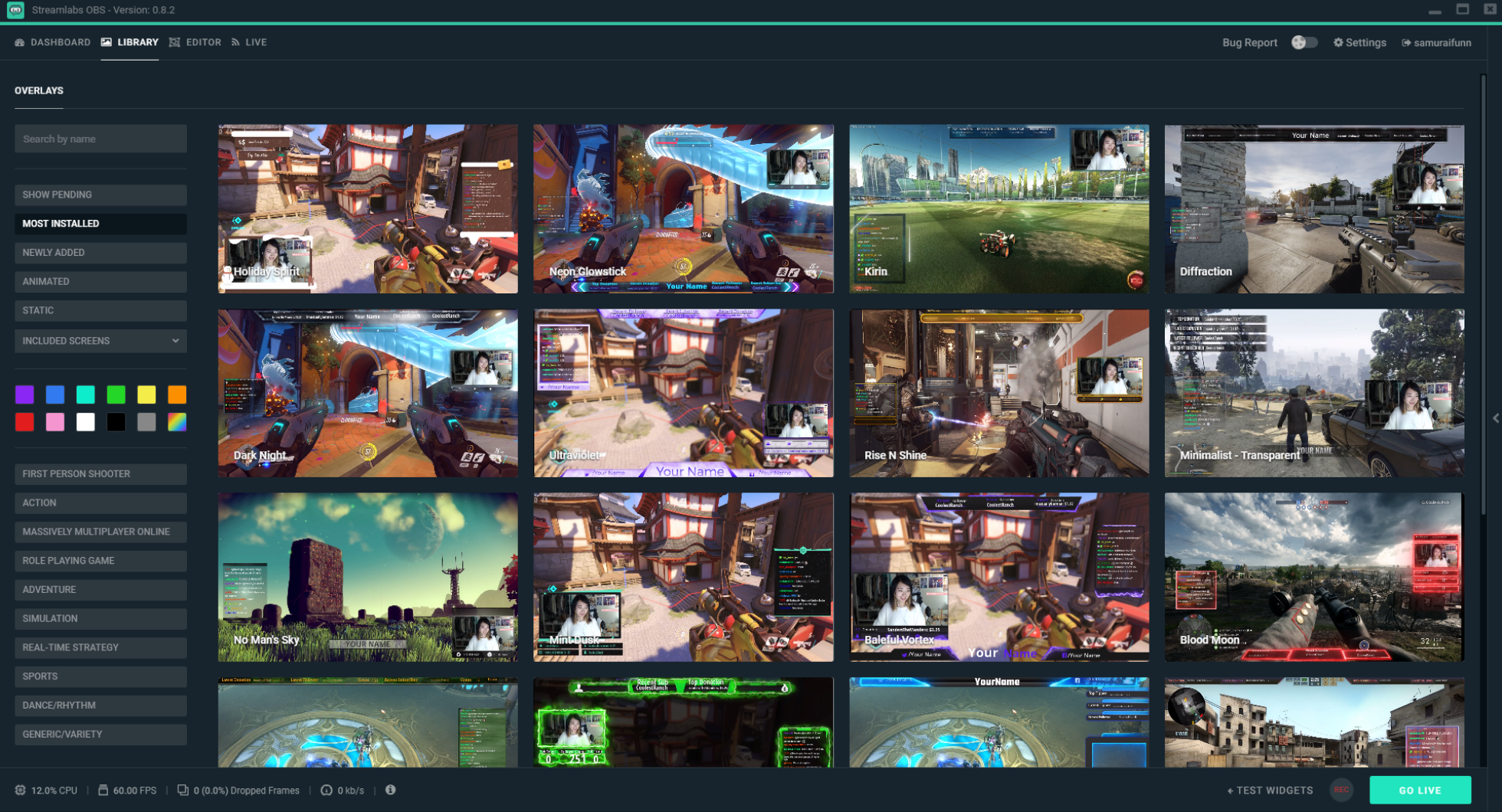