PanWriter is a distraction-free markdown editor with two unique features: PanWriter is very usable, but also very much a work in progress, as there are still a few rough edges (see TODOs below). Feedback, suggestions and contributions very much welcome! Please open an issue to start a conversation.

This will export exactly what’s shown in the preview, and not use pandoc at all.

By adding a style field to your YAML metadata, you can change the styling of the preview and immediately see the changes. (You can later save your CSS as a theme, see Document types below.) (To include that CSS when exporting to HTML/EPUB with pandoc, you would have to use a custom pandoc template with the snippet <style>$style$</style>. We’ll try to make this more straight-forward in the future.) If you have a YAML metadata block, like in the following example, PanWriter will look at the extension of the filename you chose in the dialog, and look up the corresponding key in the output YAML metadata, for example when exporting the following markdown to test.html:

this command will be executed:

There are two exceptions to the rule that the key in the output YAML is the file extension:

You can place certain files in the PanWriter user directory, which should be:

If the directory does not exist, you can create it.

PanWriter will look for a default.css file in the user data directory, to load CSS for the preview. If that file is not found, it will use sensible defaults.

If you put a default.yaml file in the data directory, PanWriter will merge this with the YAML in your input file (to determine the command-line arguments to call pandoc with) and add the --metadata-file option. The YAML should be in the same format as above.

You can e.g. put type: letter in the YAML of your input document. In that case, PanWriter will look for letter.yaml and letter.css instead of default.yaml and default.css in the user data directory.

However, there might still be minor differences between the preview and File -> 'Print / PDF' on one hand, and File -> Export on the other.

Things we should emulate in the preview, but for which there are no markdown-it plugins yet:

Pandoc markdown supports a few more things which will not render correctly in the preview, but which are not so commonly used. However, you can still use them in your markdown file, and export via pandoc will work.

Launching from the command-line

You can set up your system to launch PanWriter with:

On macOS, you should put the following in your ~/.bash_profile or similar:

On Linux and Windows, you can make an alias to the correct location of the panwriter executable.

About CSS for print

Unfortunately, still no browser fully implements the CSS specs for paged media (paged media are e.g. print or PDF). Therefore, PanWriter's preview is powered by pagedjs – a collection of paged media polyfills by pagedmedia.org. Some background on using CSS for print:

PanWriter is powered by (amongst other open source libraries): 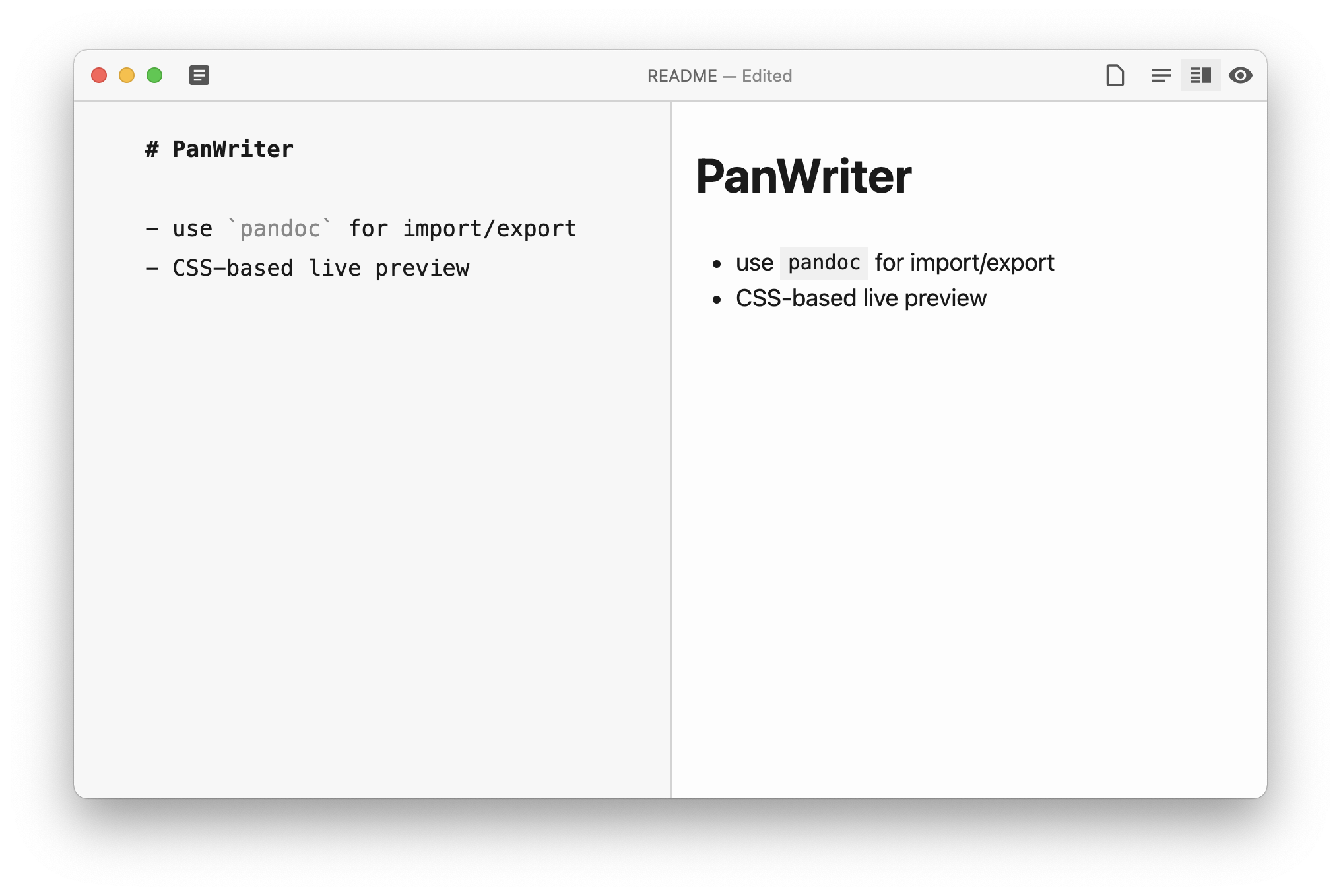 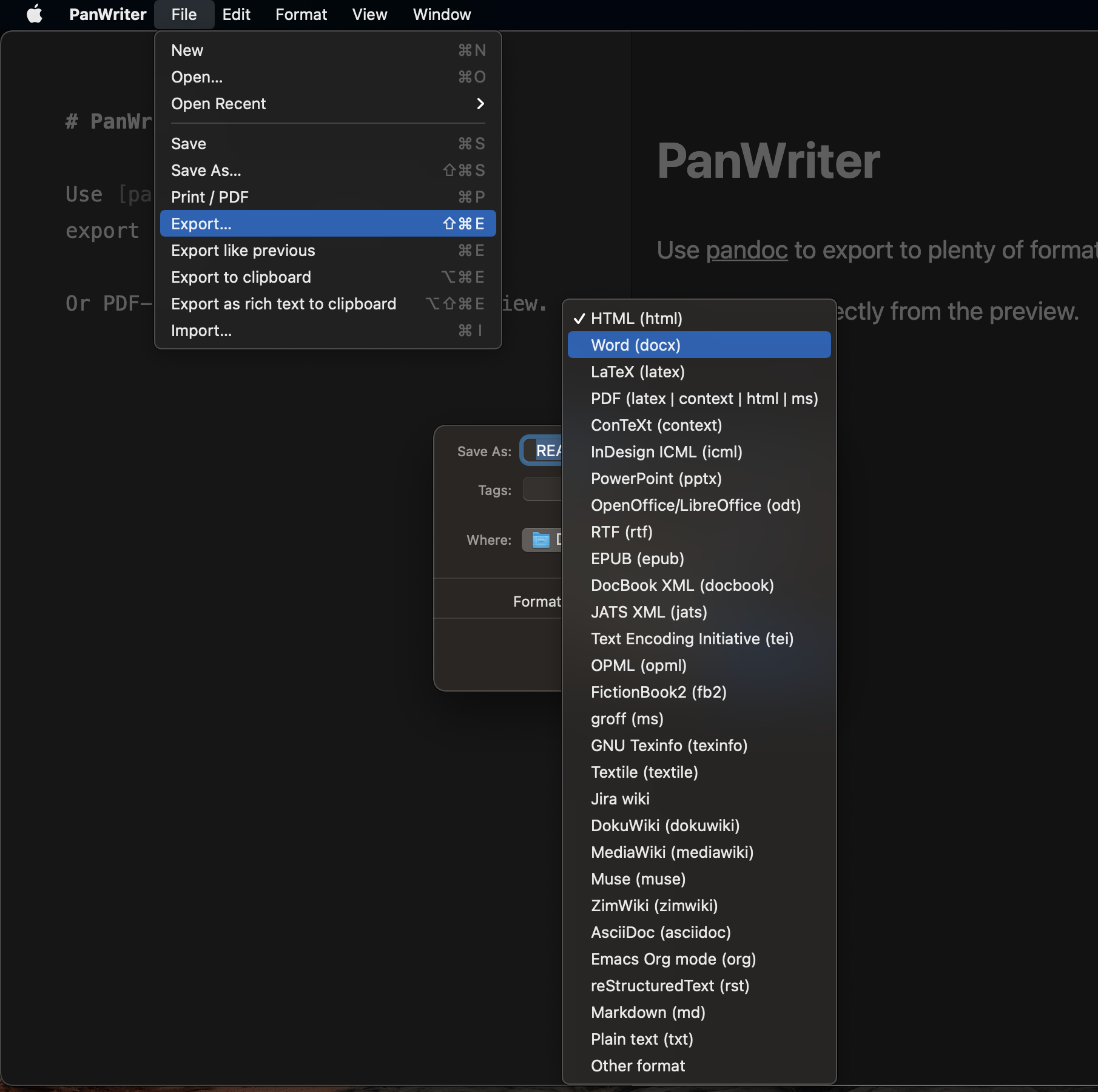 Export to myriad formats via pandoc