Redis UI based on redis-commander and phpRedisAdmin.

P3X Redis UI is a very functional handy database GUI and works on the responsive web and desktop (Electron) v2020.10.354

The async and await keywords are required. Only the latest LTS variant is supported.

p3x-redis-ui is a new Redis GUI which can serve as a backend server or as a desktop application.

Some of the features are coming below.

The best use case for this Redis GUI, if you manage tons of JSON, as it includes JSONEditor and ACE.

If you are reading the readme fom Docker, the links are not working, please read the readme from GitHub or Corifeus @

This Redis database every day in the morning European time CET restores some data, so you may do whatever you want to do.

Besides, you could experience the test app to exit for 1 second, because it could auto update itself. It auto updates itself when the code from Git changes.

Third, it is a snapshot, it is possible, that the features are different from GitHub or NPM as the releases are usually monthly or as they happen.

After downloading the AppImage, make it an executable.

It then actually integrates itself into the menus and it will auto update itself.

(The GitHub versions are always instant, while the ElectronJs Apps releases are delayed.)
https://electronjs.org/apps/p3x-redis-ui

Start up with a server readme

Some description about the config file readme

The to do readme

For file names do not use camelCase, but use kebab-case. Folder should be named as kebab-case as well. As you can see, all code filenames are using it like that, please do not change that. Please apply the .editorconfig settings in your IDE.

Server on GitHub
Client on GitHub

If you develop on this app, you are required to test, that all JS you code write is working with Electron (as the embedded Electron NodeJs version is usually below the real NodeJs). Once the server and client is running as above, you clone this repo and test like this:

Development of the translations

By default, only English is created, but given all strings are from a JS file, it is very quick to spawn another language eg. German, French, Spanish etc ...

For a new language: Add into redis-ui-material/src/bundle.js.

This solution is not using REST at all, but instead uses Socket.IO , which is weird, but I like it, it is supposed to be more responsive, as there is no big overhead in the HTTP protocol.

This is an open-source project. Star this repository, if you like it, or even donate to maintain the servers and the development. Thank you so much!

Possible, this server, rarely, is down, please, hang on for 15-30 minutes and the server will be back up.

All my domains (patrikx3.com and corifeus.com) could have minor errors, since I am developing in my free time. However, it is usually stable.

Note about versioning: Versions are cut in Major.Minor.Patch schema. Major is always the current year. Minor is either 4 (January - June) or 10 (July - December). Patch is incremental by every build. If there is a breaking change, it should be noted in the readme.

IntelliJ - The most intelligent Java IDE 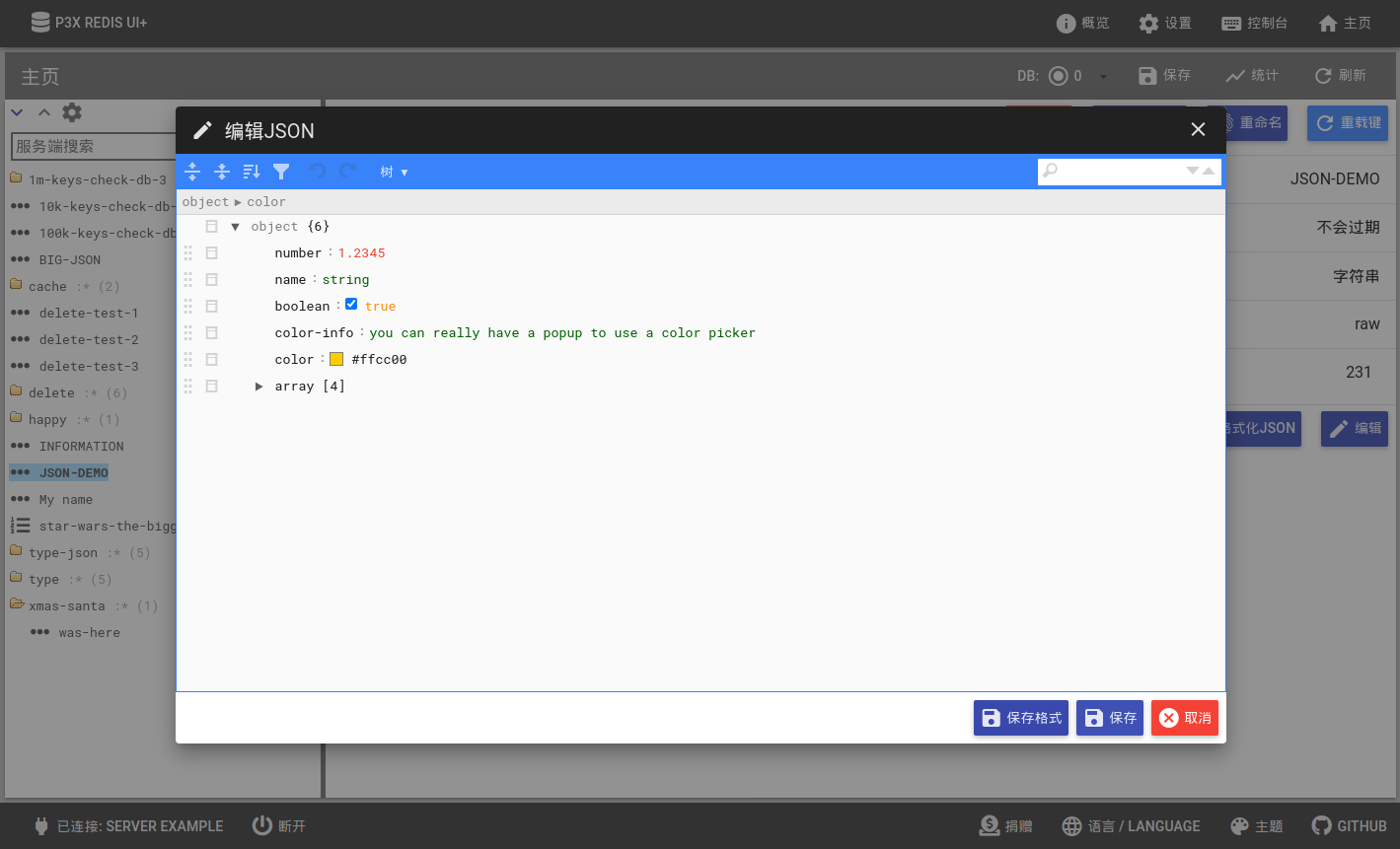 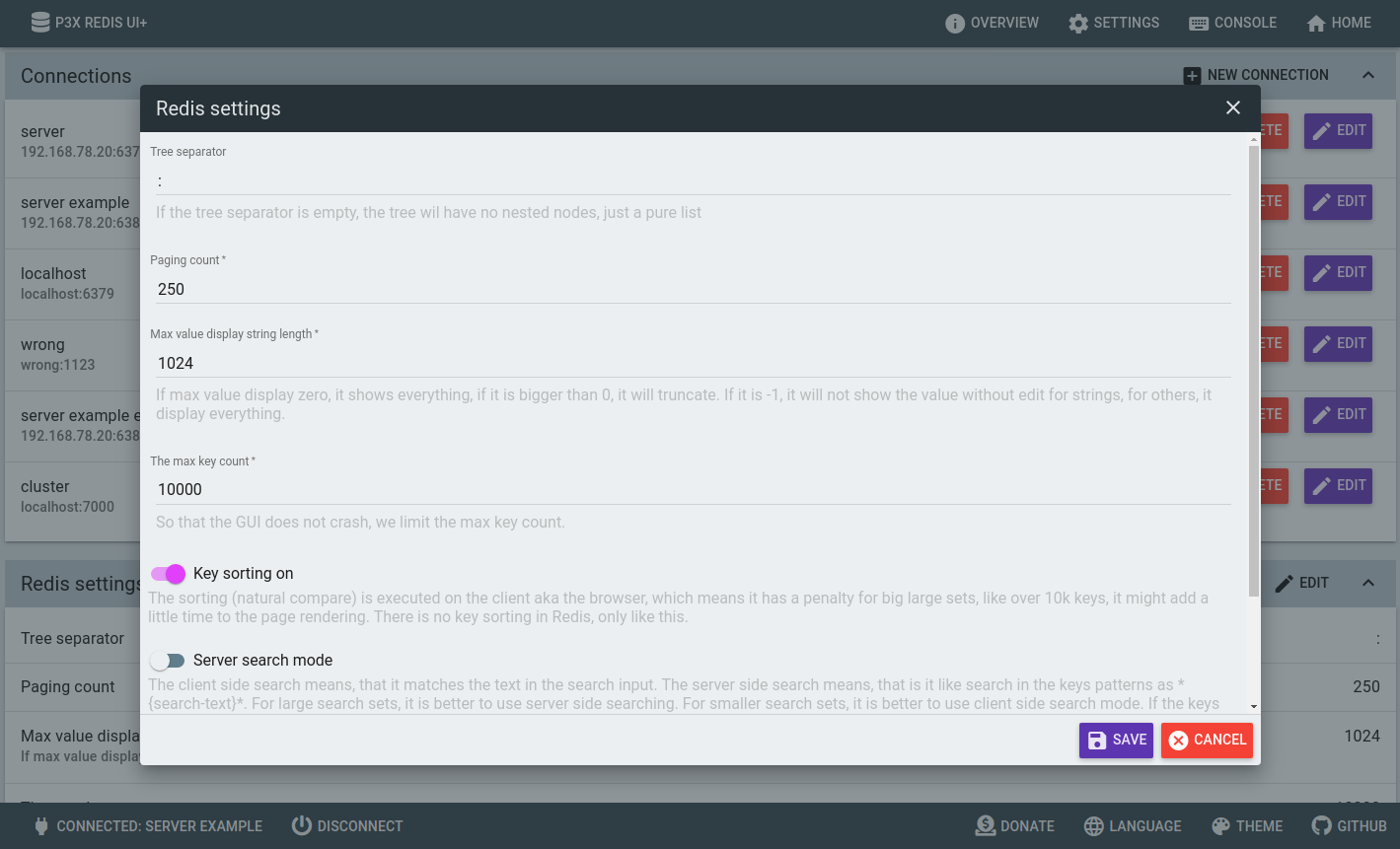 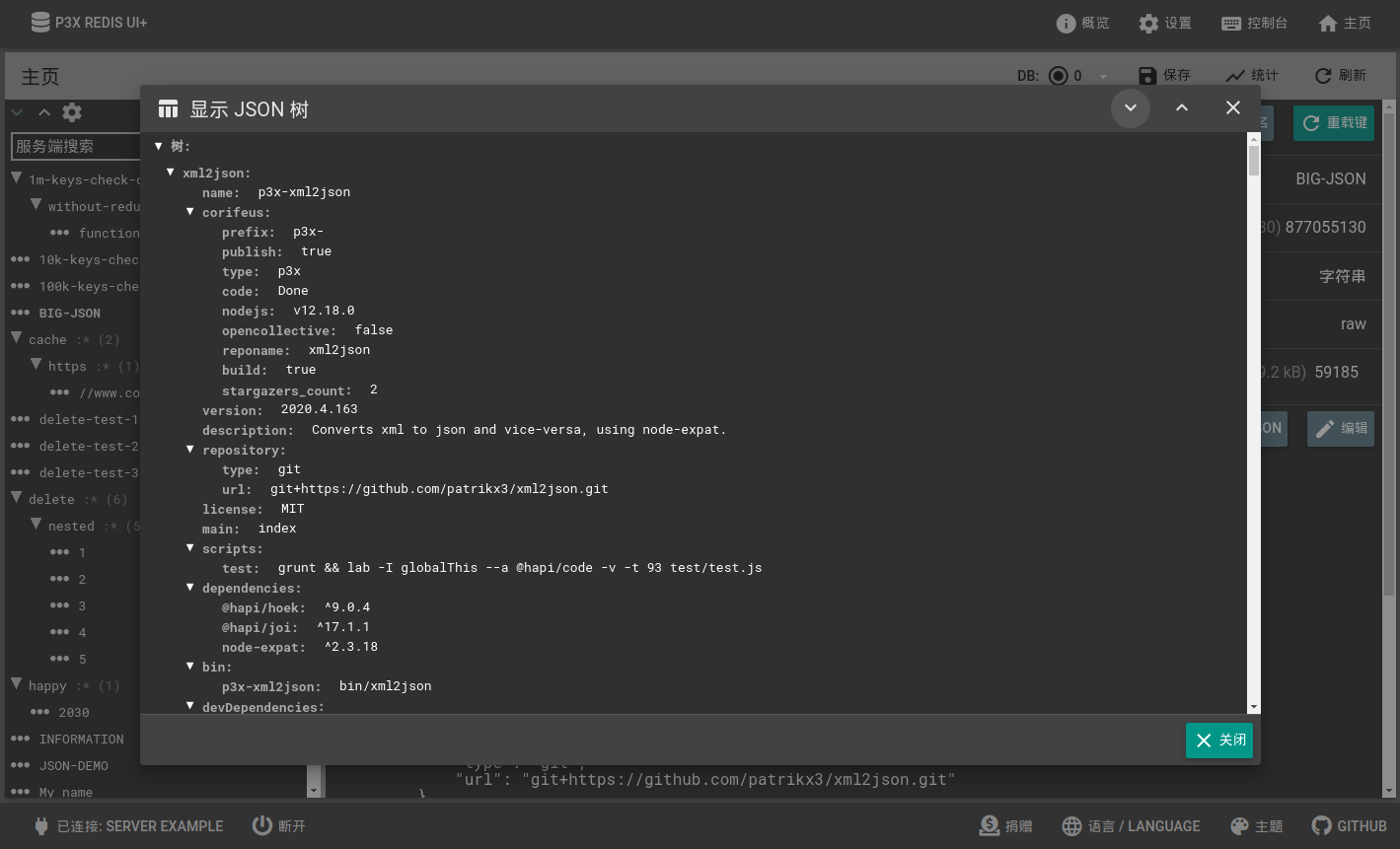 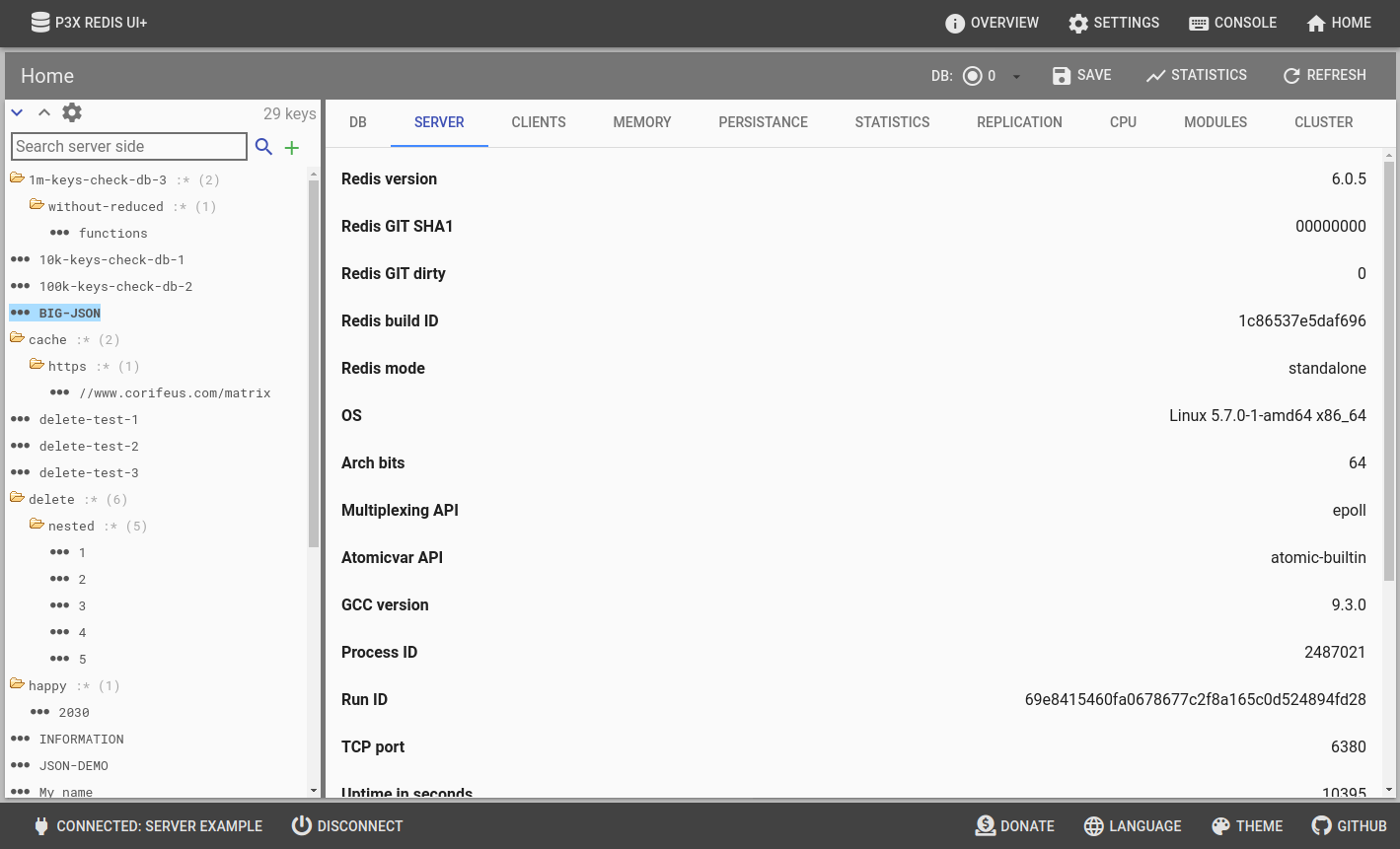 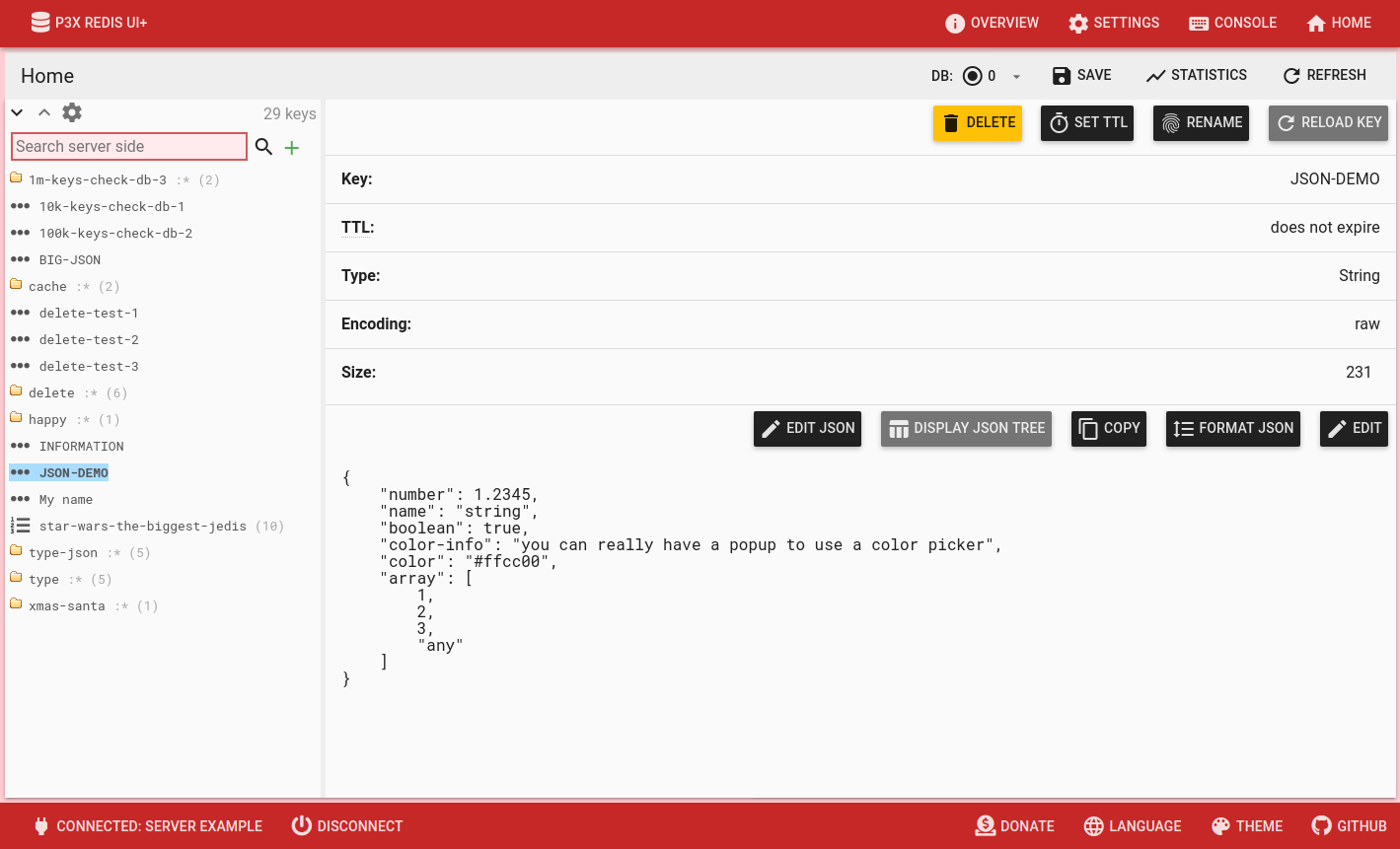 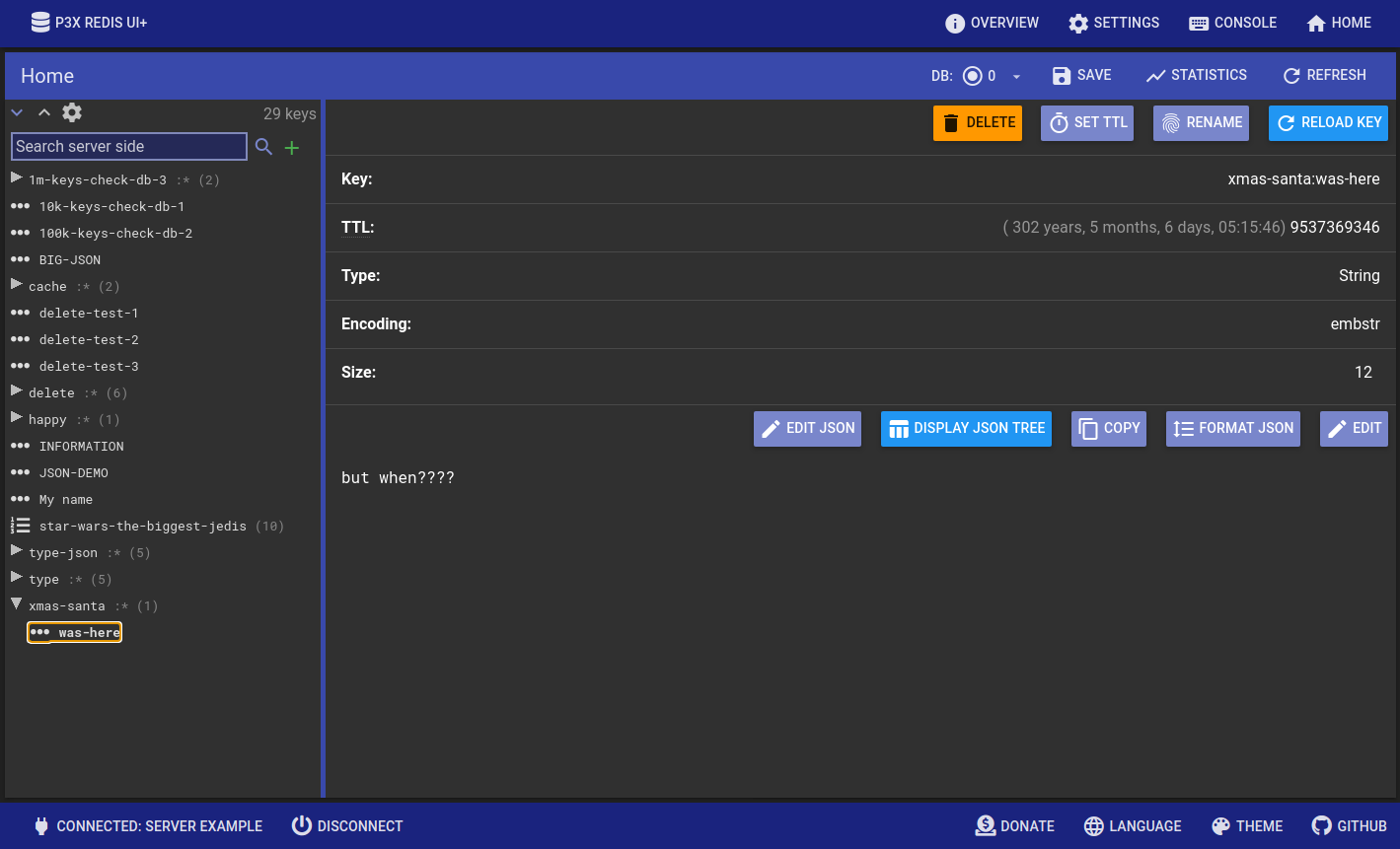