A free and open source code snippets manager for developers. Built with Electron, Vue & Monaco editor.
Inspired by applications like SnippetsLab and Quiver.

massCode is open source project and completely free to use.

However, the amount of effort needed to maintain and develop new features for the project is not sustainable without proper financial backing. You can support massCode development via the following methods:

massCode allows you to organize snippets using multi-level folders as well as tags. Each snippet has fragments - tabs, which gives even greater level of organization

A snippets manager must not only provide organization of snippets but also have a good code editor. That's why under the hood of massCode there's Monaco editor. Monaco is a modern code editor from Microsoft which is used in one of the most popular editor VS Code. The editor provides IntelliSense, validation for TypeScript, JavaScript, CSS, LESS, SCSS, JSON, HTML. It's also added a super productive Emmet and Prettier to code formatter. 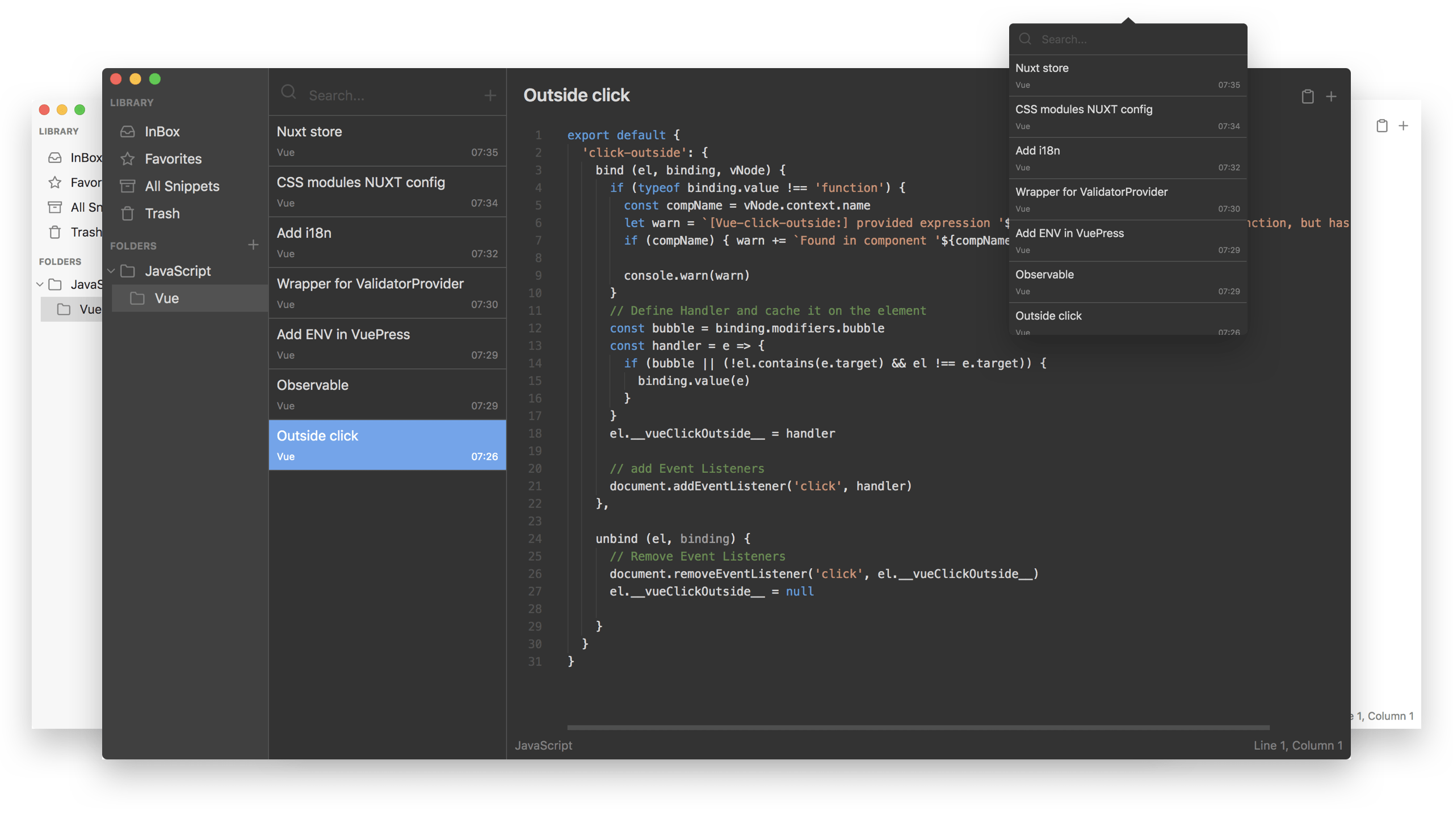