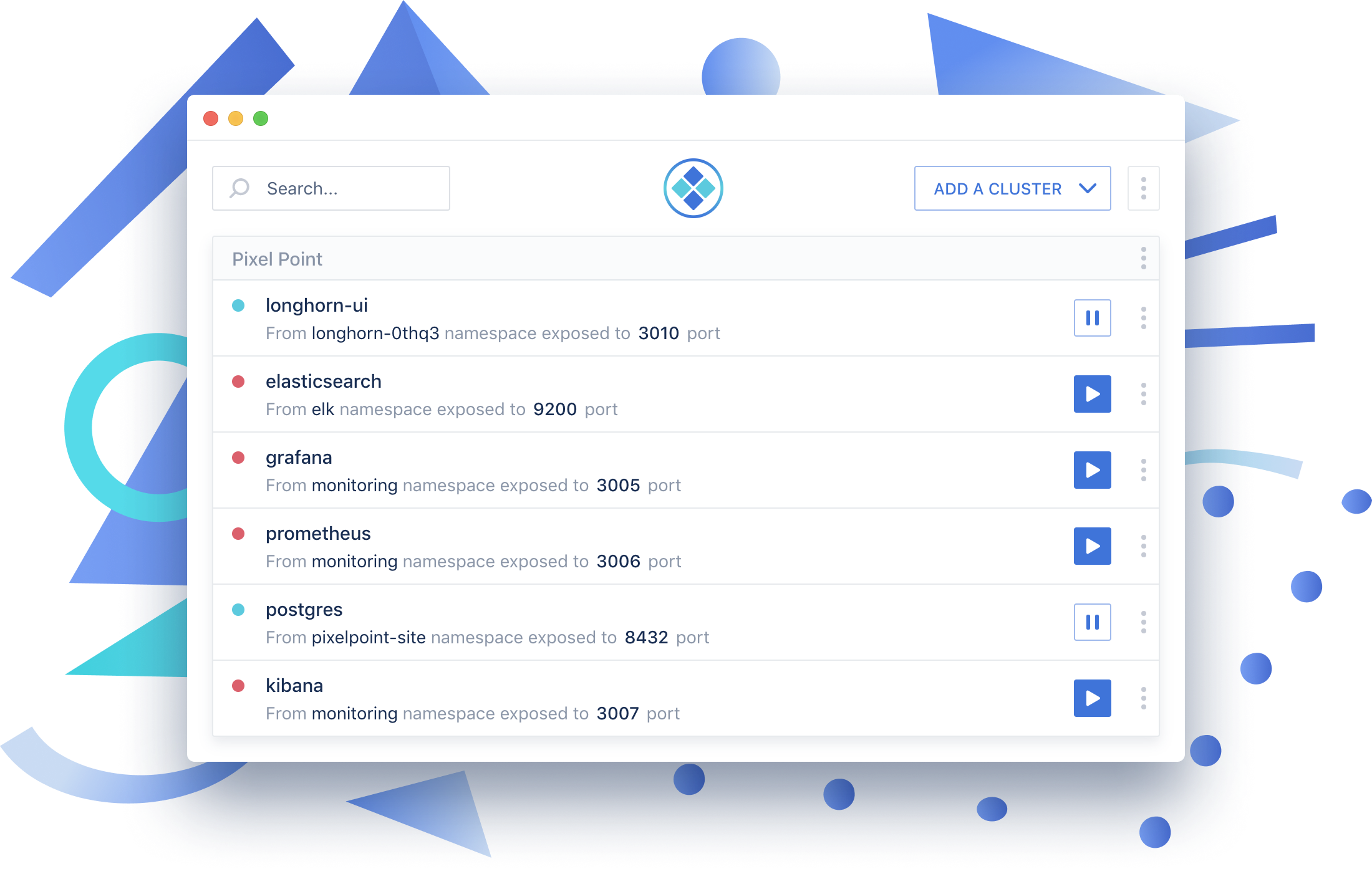 Before you start forwarding internal resources to your local machine, you have to add cluster configuration. To do this we have 3 different options in the app:

When you add a new cluster via auto-detection (option 1) or manually using a file(a) selection (option 2), we could parse configs and if there are multiple contexts inside we will suggest you to add multiple clusters to the app. Few examples of yaml files we expect to have you could find there

Also, you could add a cluster by filling a form manually (option 3). The form has the following fields: 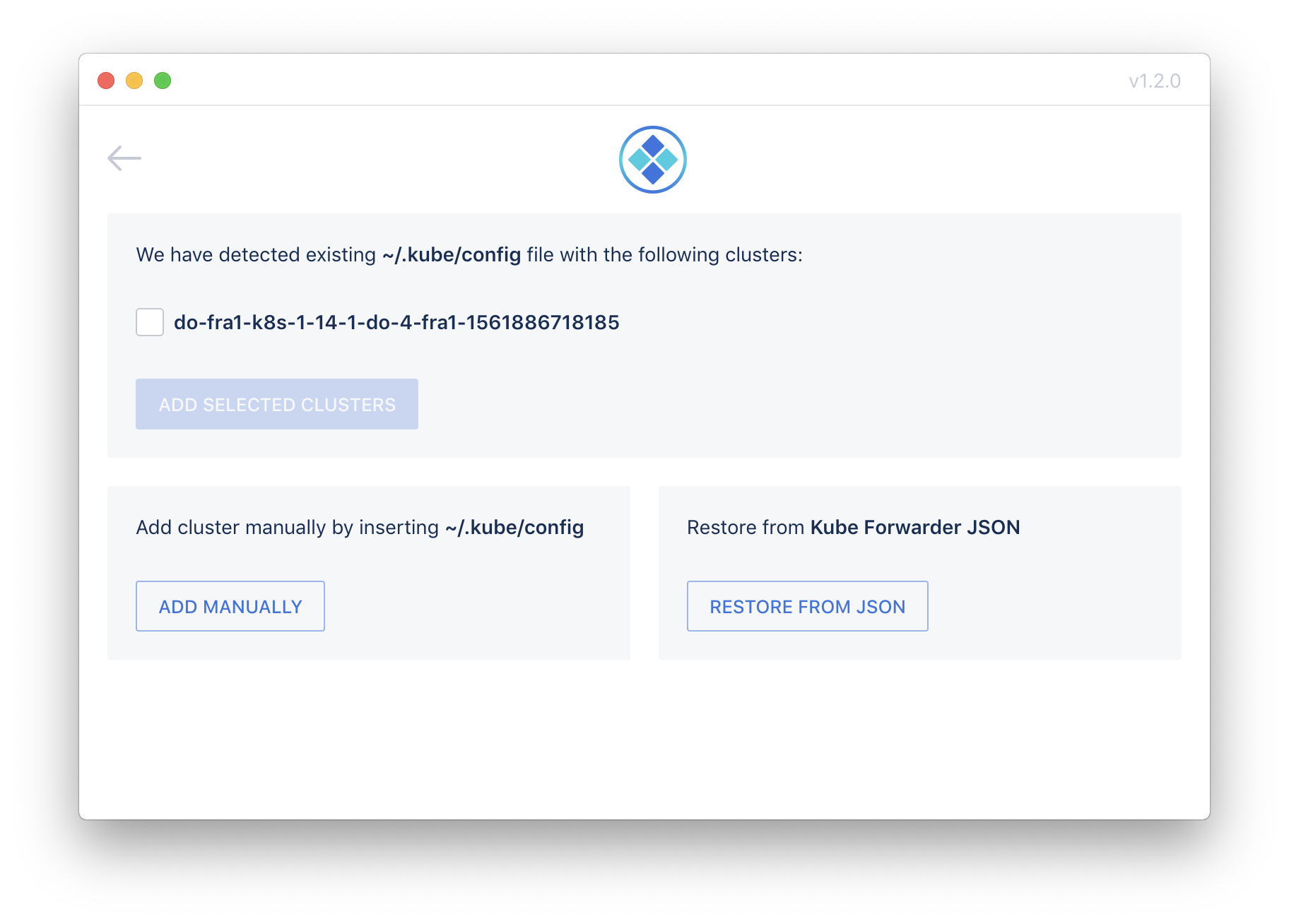 Kube Forwarder supports forwarding of all types of resources that supported by kubectl – Pod, Deployment, Service.

We ask you to fill the form with the following fields:

Cluster Name - pick a cluster from one of the added clusters.

Namespace - the namespace of the resource you plan to forward.

Kind – pick one of the options Pod, Deployment or Service.

Name - name of the Pod, Deployment or Service.

Use Custom Local Address - Check this and put an IP address or hostname into the text field to use a different listen address. Putting each service on its own address avoids sharing/collisions between services on cookies and port number. Specify a loopback address like 127.0.x.x or add entries to your hosts file like 127.0.1.1 dashboard.production.kbf and put the assigned name in this column. If blank or unchecked, localhost / 127.0.0.1 will be used. 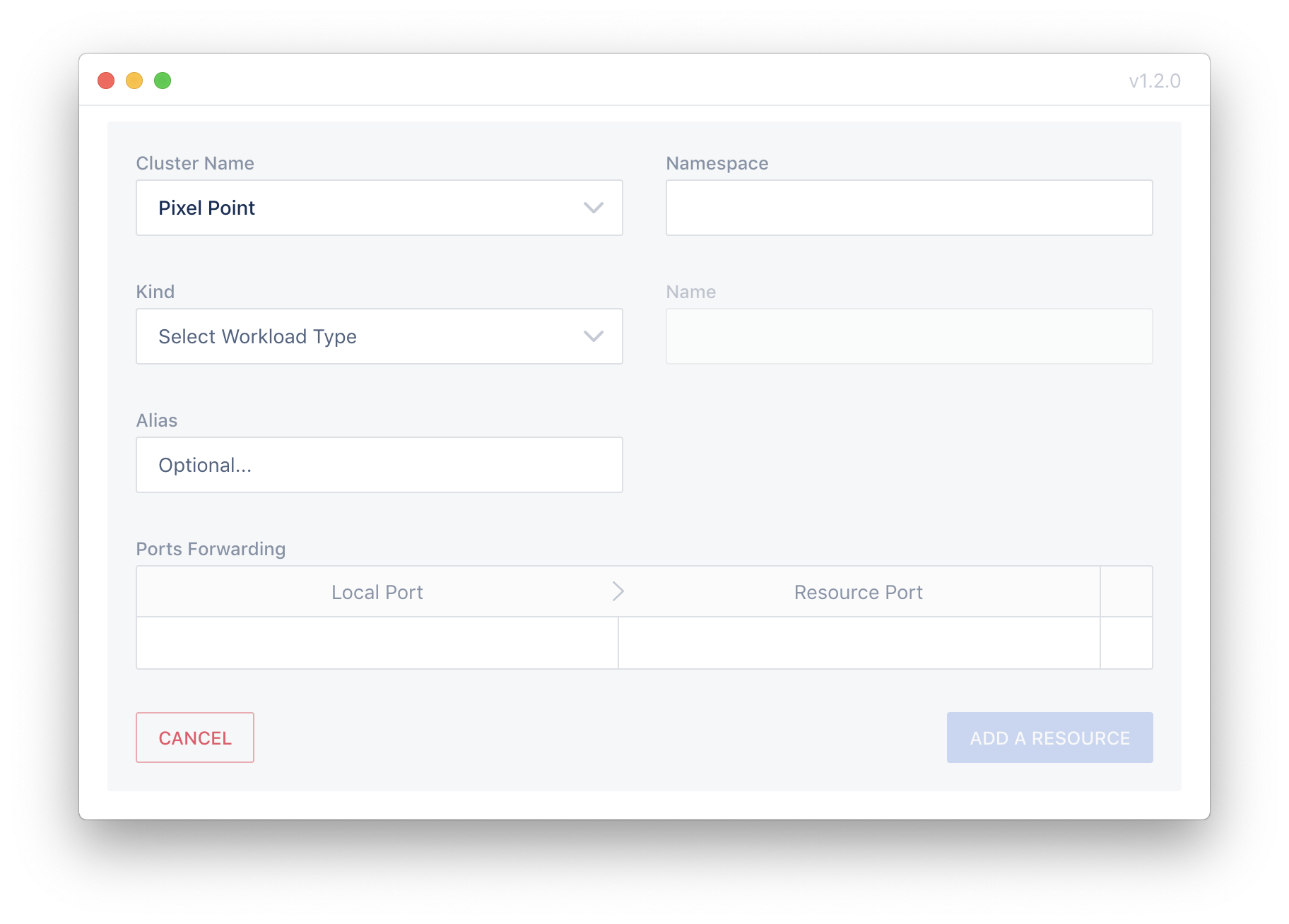 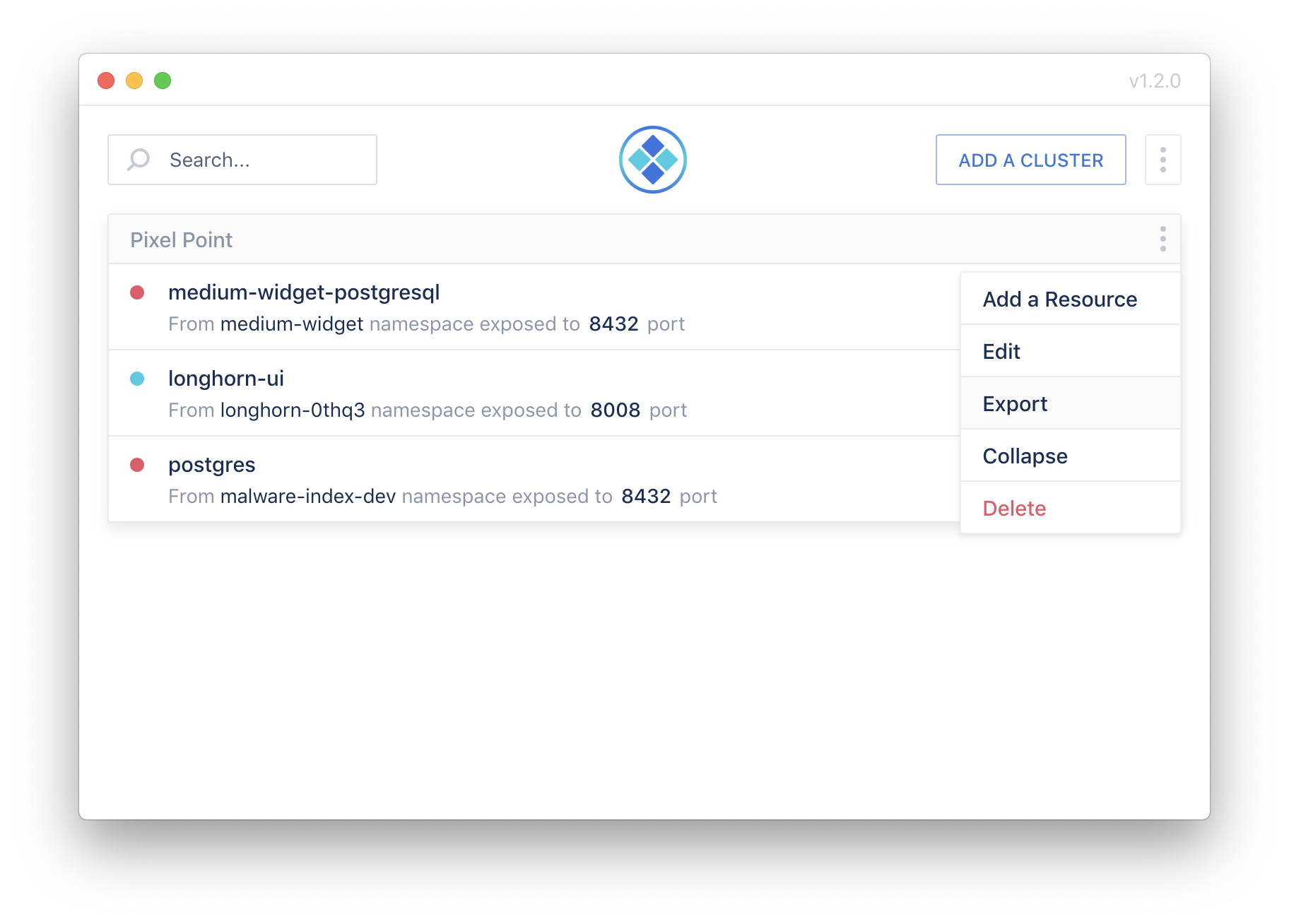 We encourage you to contribute to Kube Forwarder!

We expect contributors to abide by our underlying code of conduct. All conversations and discussions on GitHub (issues, pull requests) must be respectful and harassment-free.

This project was generated with electron-vue@8fae476 using vue-cli. Documentation about the original structure can be found here.

Build an application for production

A built version will be appear in build directory.

We are using Cypress to run integration tests. There are visual regression tests. It's important to run them inside docker container to get same screenshots as in Drone CI.

Or you can run it manually on a local machine.

Q) Node Sass could not find a binding for your current environment: OS X 64-bit with Node.js 12.x A) npm rebuild node-sass

Also, this steps could be used to configure CI environment.

This project is licensed under the MIT License - see the LICENSE.md file for details