The game engine for everyone.

GDevelop is a full-featured, no-code, open-source game development software. You can build games for mobile, desktop and the web. GDevelop is fast and easy to use: the game logic is built up using an intuitive and powerful event-based system. 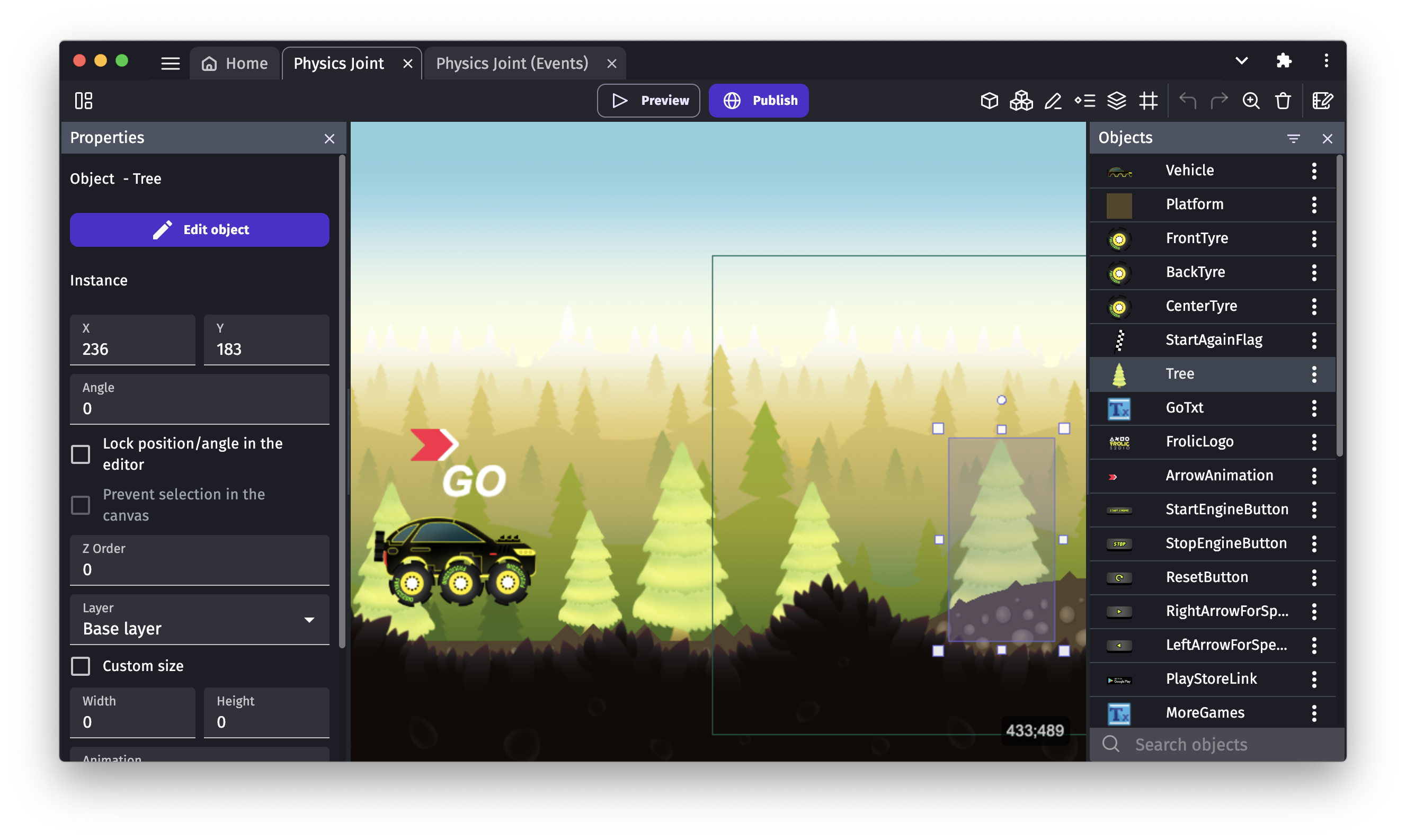 Are you interested in contributing to GDevelop for the first time? Take a look at the list of good first issues, good first contributions or the " not too hard" cards on the Roadmap.

Overview of the architecture

Status of the tests and builds:

Games made with GDevelop

Games exported with GDevelop are based on the GDevelop game engine (see Core and GDJS folders): this engine is distributed under the MIT license so that you can distribute, sell or do anything with the games you created with GDevelop. In particular, you are not forced to make your game open-source.