Freelook, an Electron-based desktop app for Microsoft Outlook and Office 365. 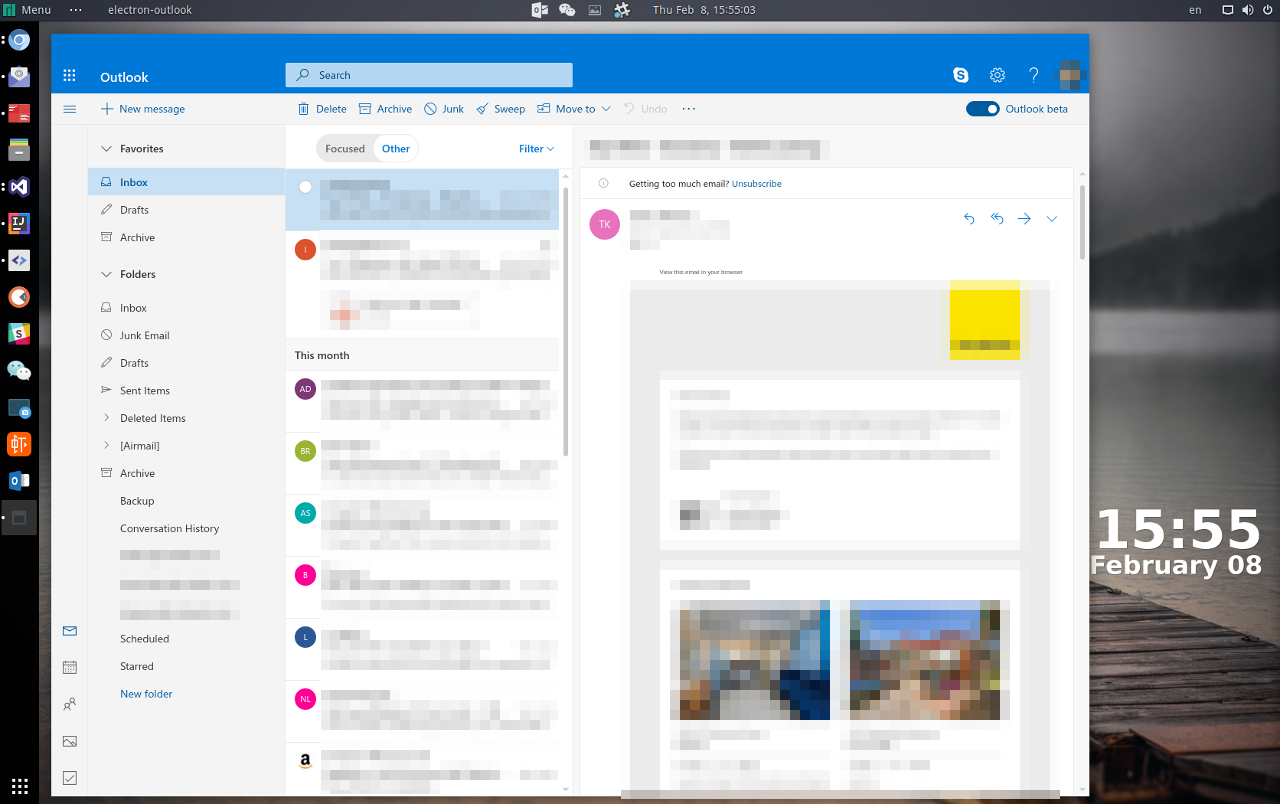 The released application can be downloaded here.

Some Linux distributions has the issue to display the reciptons in the To and CC fields.

The workaround is set some invalid values in the Ads Blocker settings. The settings come with the default value, you need to input some random numbers to overwrite them.

Since electron-builder 21 desktop integration is not a part of produced AppImage file anymore. Electron builder recommends AppImageLauncher to install AppImages and create Desktop Integration or to create the desktop files manually.

Clone the repository and run in development mode.

This will build a predefined AppImage & deb packages in the dist folder. AppImage can be run in most popular linux distributions with the support. Deb is only for debian & ubuntu distributions.